Who is behind the scenes? 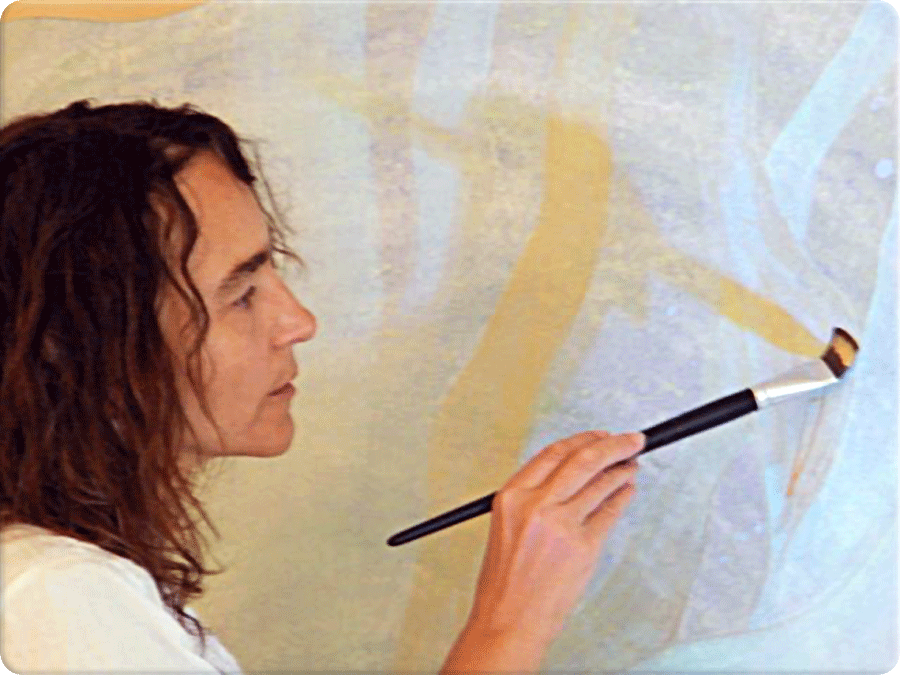 “Universal Love is the supreme healing power
that transforms everything to harmony.”
~ Smoenjala

In all her doing, which always arises in every moment of the Divine Flow, Smoenjala sets a living example by transmitting pure Universal Love.

Since her childhood she has the gift to reflect each individual his own light, so that he can perceive his highest potential. In her work she focuses on recreating cosmic balance. Wherever this exists, human is free, is a co-creator of the world and can live and experience joy at all levels.

Sounds and paintings, that are channeled and painted by her, are expressions of the sacred art of the New Age, which in the Here and Now already serve the future. They initiate and support transformation processes that make a quantum leap possible for everyone.

“I have been working for years to turn this vision into reality in our world and step by step I realized, that in different ways I have been prepared for it all my life.”

Tasks: bring “down” and realize the vision of the Golden Lifetree project, create paintings, artworks and photography, general supervision and coordination on all levels of organisation, public relations, visual communication

“Be the chage you want to see in this world.”
~ Mahatma Gandhi

Following this essence with a strong drive to learn and grow as a human being Alexandra found just the right basement to flourish in all of her facets by deciding to become part of the “Golden Lifetree” project since the beginning in early 2013.
“I am deeply greatful for the way i am guided through life… For all encounters and teachings. Meeting Smoenjala and joining the “Golden Lifetree” team is a great gift to me. What i learn through Smoenjala’s teachings lifts my skills to new levels, inspires and enables me ~ step by step ~ to set free all of the beautiful shining being that i am in service to the world.
With all the love and respect from the depth of my heart and soul i want to say: THANK YOU Smoenjala for being so much to me… For your teachings and guidance, for bringing inner peace into my world and always reflecting my light and never my shadow. Thank you for being ~ in every moment ~ a living example of the highest human qualities.”